We are working hard to put more of your coursework online.

The links below will take you to subject pages where you can find coursework and revision materials.

Today 1A set up some pitfall traps to find out what animals are living in our school grounds. 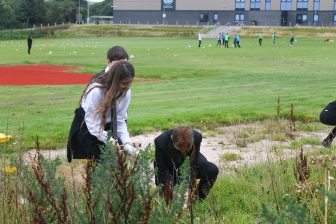 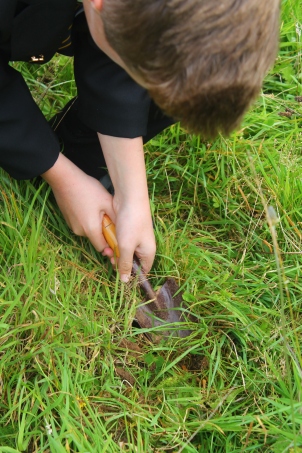 Today we were learning about osmosis. First we looked at some onion cells under the microscope. Water was used when making up the slide. 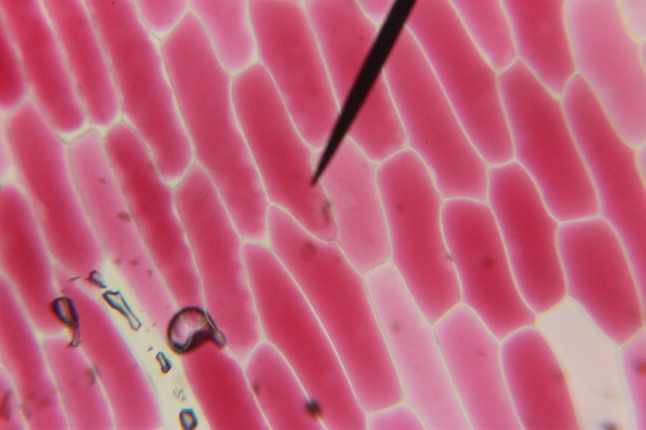 We then added salty water to the slide and the cells changed. 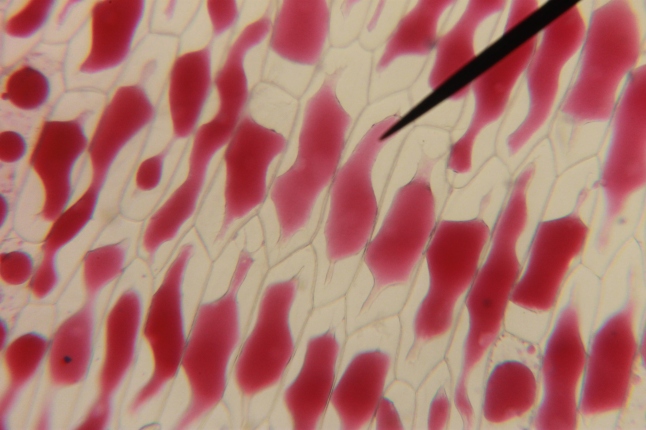 As the water concentration inside the cell was now higher than outside, water moved out of the cells by osmosis. We say the cells have become plasmolysed.

Today we looked at some yeast cells under the same magnification as yesterday’s onion cells – they are tiny! 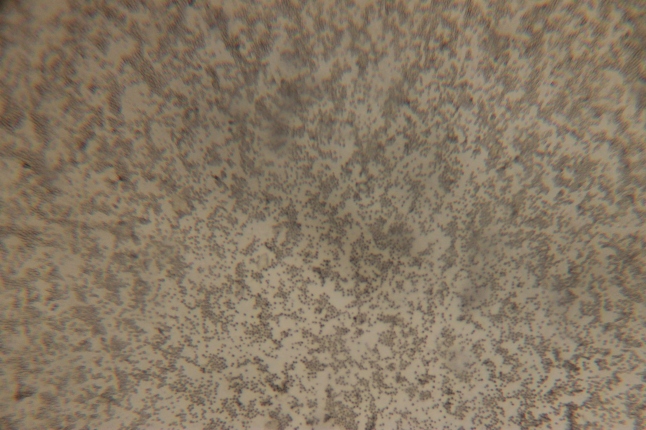 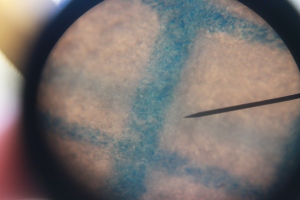 Today we were trying to work out what size onion cells are. 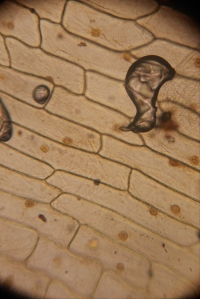 Then we set up a slide with onion cells.

Amylase is an enzyme that breaks down large starch molecules into smaller maltose molecules. We added starch solution to four test tubes. to two of these we added amylase and to the other two we added water (control).

After 15 minutes we used iodine to test one with amylase and one without for starch……. 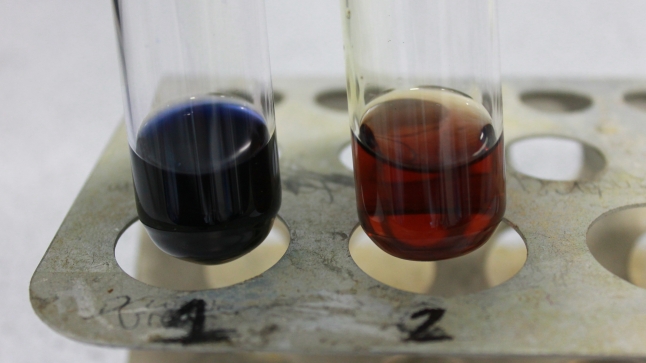 The one on the left had no amylase in it and starch was still present. In the one on the right amylase had broken down all the starch.

Next we tested the remaining two test tubes with Benedict’s reagent. An orange colour indicates the presence of a reducing sugar (in this case maltose). 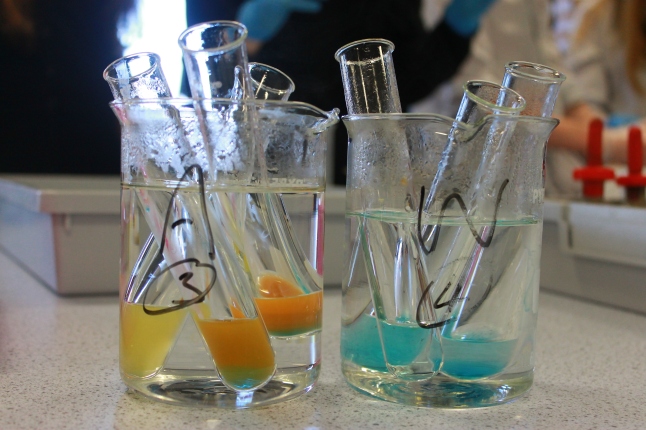 The test tubes on the left contained amylase which had broken down the starch to form maltose. The ones on the right were the control test tubes.

In our second experiment we added milk to two test tubes. To one we added the enzyme lipase. To the other we added water (control). After 20 minutes we tested the pH of each.

Lipase breaks down the fats in milk to fatty acids and glycerol. When the lipase is acting, we should see a drop in pH. 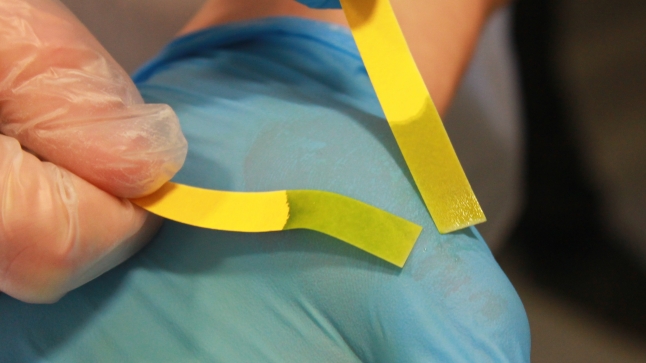 It is a little tricky to see, but the pH paper on the right has turned slightly yellow. This was testing the milk with lipase in it. The pH had begun to fall, showing the lipase was working.

This week we have been looking at enzymes. In our first experiment we added different materials to a mixture of hydrogen peroxide and detergent. The enzyme catalase broke down the hydrogen peroxide to oxygen and water. The bubble of oxygen made foam. This is what it looked like after five minutes. 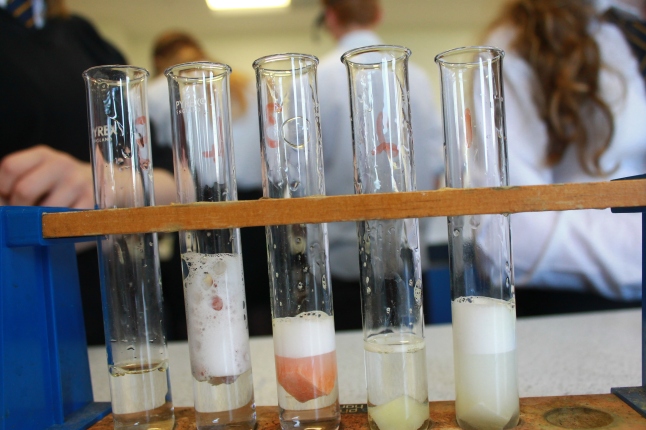 We can see that different living materials have different concentrations of catalase and that boiling damages the enzyme.

Today we used chromatography to separate inks in pens.

Here is a a time lapse video of N’s and J’s experiment.

Chromatography is a technique used to separate different liquids or dissolved substances.

Today we carried out silver displacement under a microscope.

A tiny piece of copper metal was added to silver nitrate solution. The copper is higher in the electrochemical series and loses electron, which the silver ions gain. The silver ions turn into silver atoms.

Crystallisation is a way of separating dissolved solids from liquids. We used this technique to make some copper sufate crystals…….

On this site you can find out about course, staff, things coming up and what we have been up to.

CGS Science
Create a free website or blog at WordPress.com.